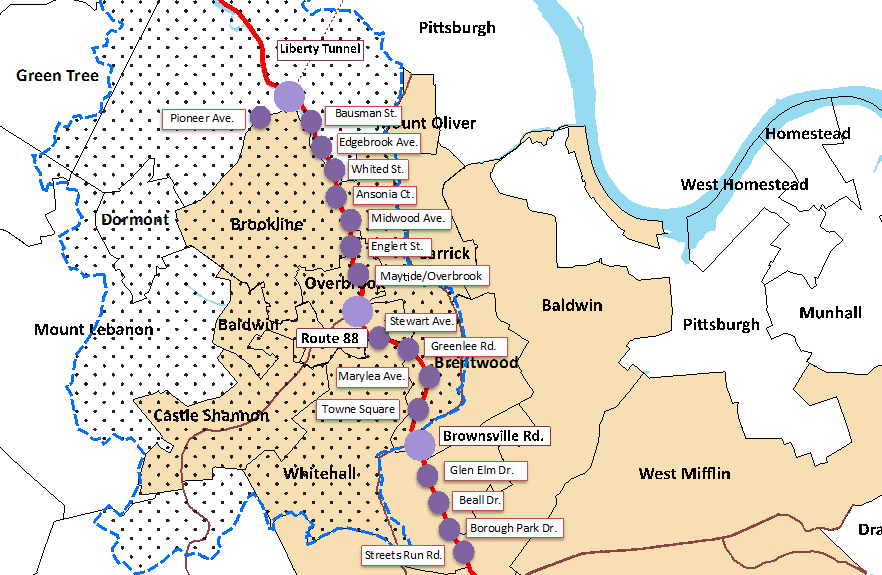 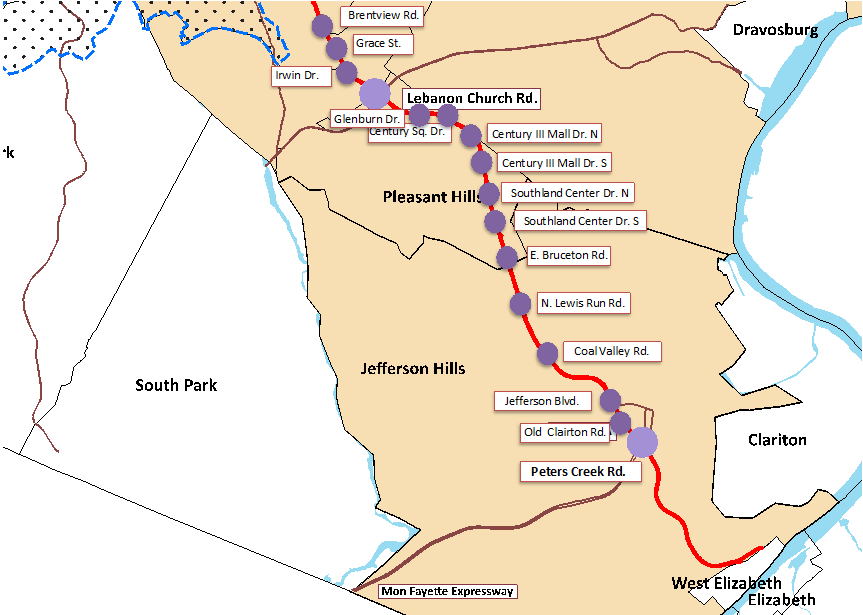 The Route 51 corridor provides a major commuter artery into downtown Pittsburgh from the south as well as support for local retail traffic from a number of communities throughout the South Hills. Traffic congestion along the Route 51 corridor is a fact of life at most times of the day. The overall corridor services upward of 40,000 vehicles daily, ranging in volumes from 32,000 vehicles to 26,000 vehicles at various points moving south from the Liberty Tunnels to the Mon-Fayette expressway. There are major intersecting and cross traffic flows at multiple intersections along the corridor that create bottlenecks, the most significant being the intersection at Route 88 and the interchange at Brownsville Road.

A microscopic simulation model of the Route 51 corridor was constructed using the VISSIM software package, comprised of 34 intersections moving south from the Liberty Tunnels to Large PA, using traffic count data provided by a 2014 Southwestern Pennsylvania Commission (SPC) study of bus prioritization through the corridor (and augmented where missing by additional data obtained from PennDOT and the City of Pittsburgh).

The simulation analysis undertaken in this project provides strong evidence of the potential to reduce congestion and improve traffic flow along the Route 51 corridor through introduction of adaptive traffic signal control technology. Overall, the results obtained indicate a 26% reduction in average delay and a 14% reduction in average travel time over the conventional (fixed) signal timing plans that are currently used along the Route 51 corridor; and the projected improvement is substantially greater if attention is restricted to just the rush hour periods of the day, where average delay and average travel time are reduced by 35% and 19% respectively. Furthermore, these traffic flow efficiency improvements are achieved with a simulation model that is using the exact same traffic count data used to originally generate the existing fixed timing plans. This provides the best possible performance scenario for these fixed plans, and hence we would expect the actual performance improvement provided by Surtrac in the field to be greater.

The detailed results are as follows: